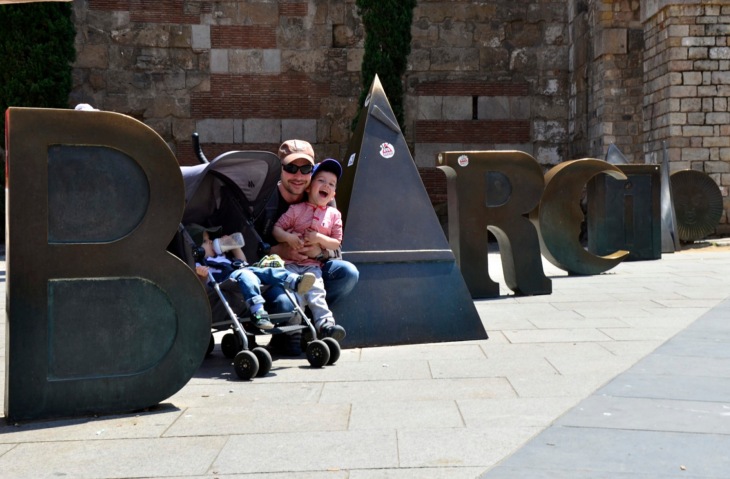 This being our maiden double-digit-hours-of-driving road trip as a family of four, we didn’t have much experience under our belt when it came to planning our itinerary.

We totally screwed up Barcelona.

After 21 hours in the car over two days, super-late bedtimes, missed naps and all, my 3- and 1-year-olds had no interest in or energy for sightseeing. At all. A hot, crowded train ride from our rental in Cabrera del Mar to Placa Catalunya was the last thing the wee one was up for. There were a lot of tears. Our plan for the day was pretty much the worst. Rather than recount everything that was miserable about that day, I’ll tell you what we should have done. 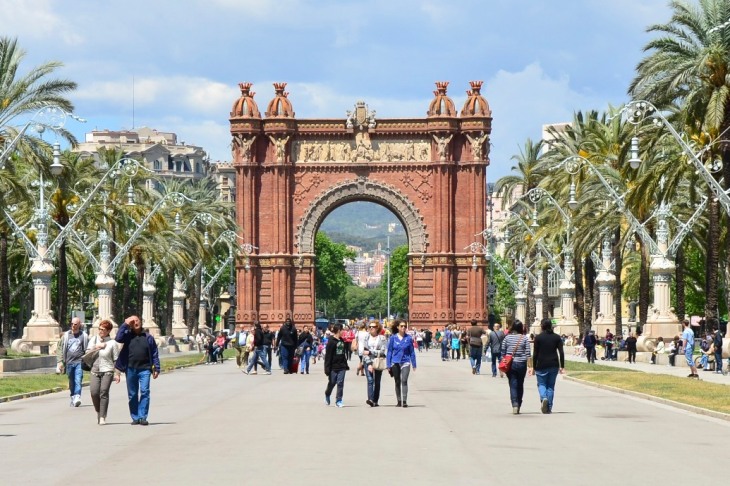 We should have gotten off the train at the Arc de Triumph and enjoyed the grandeur of the short walk to Parc de la Ciutadella. 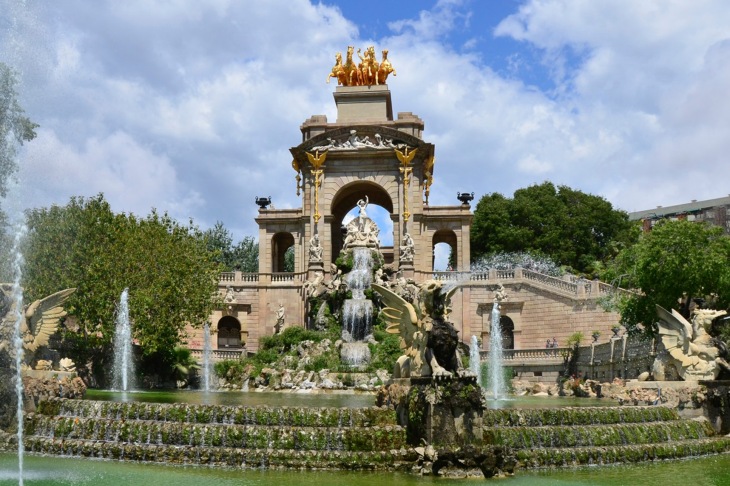 There are some beautiful sculptures and fountains. There’s a zoo! It’s a lovely place for the children to run off pent up energy. We could have grabbed some lunch there or headed to… 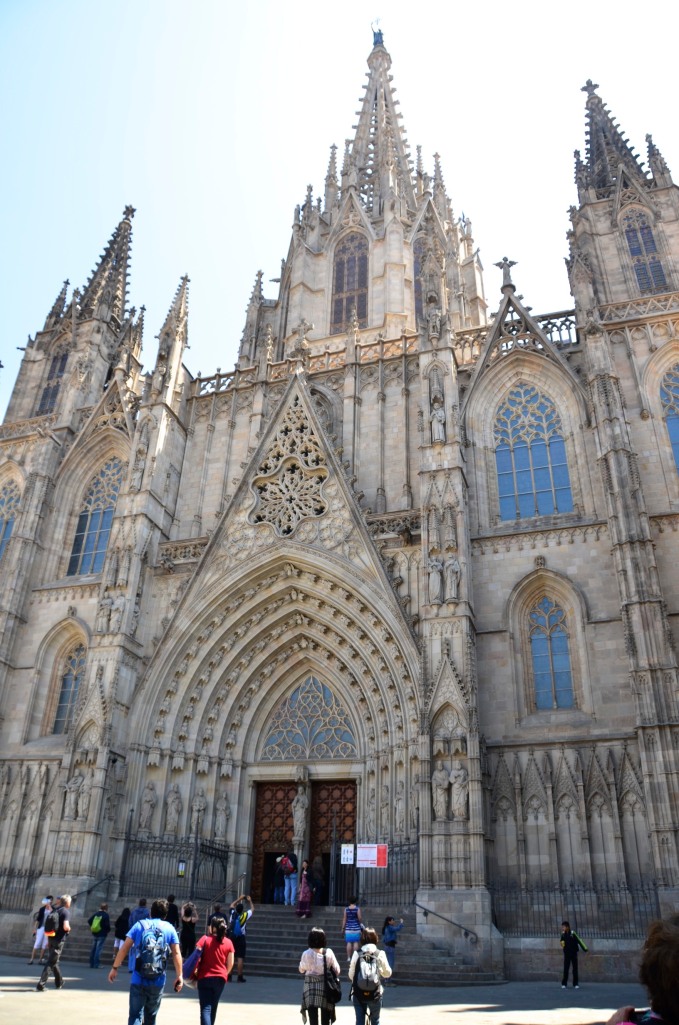 From the park we should have taken the metro to the Juame I stop, with a short walk to the Barcelona Cathedral (though the walk from the park isn’t terribly far and can pass the Picasso Museum, should your kids be passed out in the stroller and your tickets prebooked). We didn’t bother touring the cathedral, because our experience in Gothic cathedrals in England indicated a general lack of interest and respect on their behalf. But if your kids are cool, go for it! 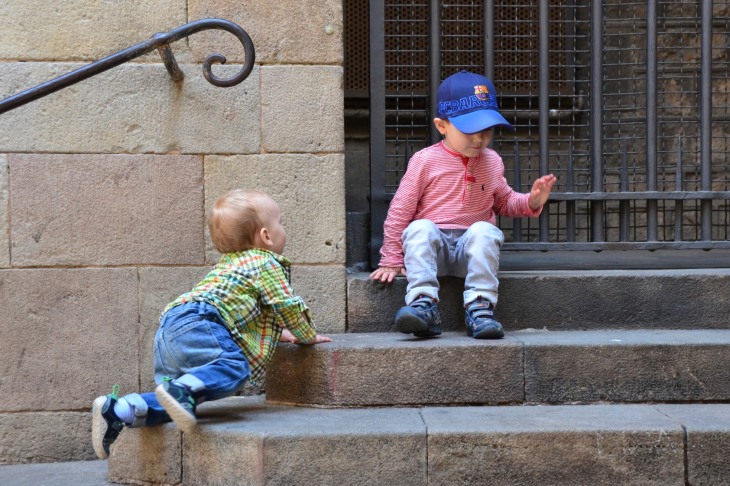 Then we would (and did) let the boys rock out to a busker in the Placa del Rei. [We were so delighted to see the boys smiling and having fun that we bought this guy’s CD.] On the right day, we would take in the Sardana dancers (which we didn’t get a chance to see). Surely the toddler would be ready for a nap in the stroller by then, right? 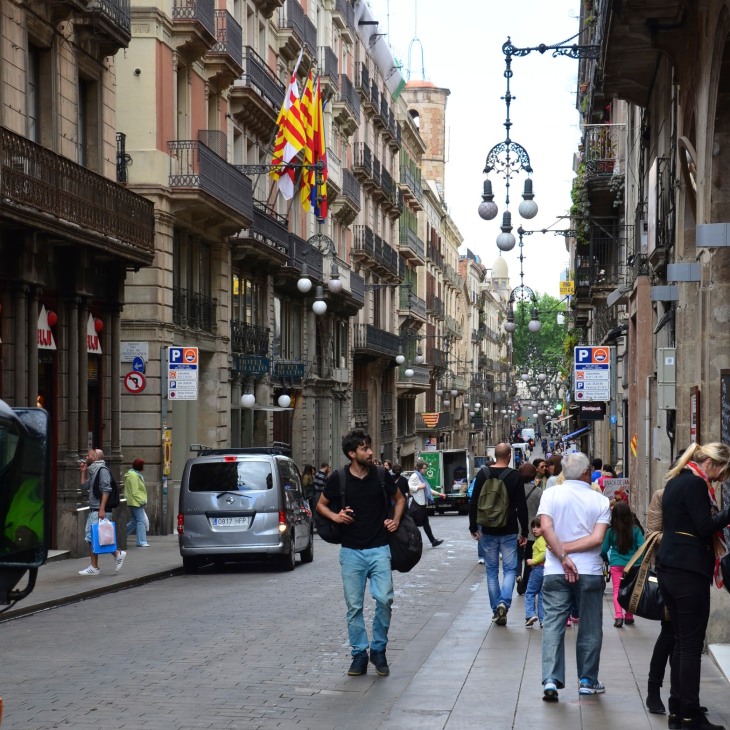 So why not load him up in the stroller to Placa Sant Juame and on through Barrio Gotico to Las Ramblas?

I LOVE a good market. So it was inevitable that, upon reaching Las Ramblas, we would wander to La Boqueria for fresh fruit or juice, and maybe some marzipan, maybe some ice cream. There is some lovely architecture en route, as well as street vendors and a ton of tourists. Embrace it! 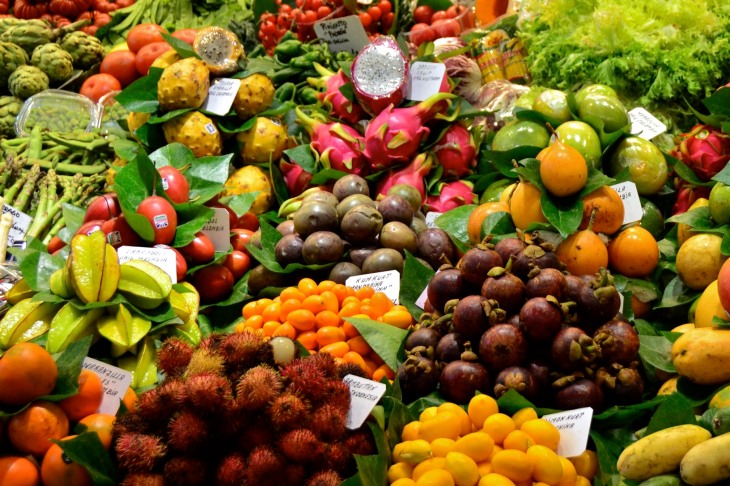 Push around the crowds in the market to gawk at the vast selection of meats, seafood and produce. Grab something to take back to your rental for dinner, why not? Then head up Las Ramblas to Placa de Catalunya.

The plaza boasts some beautiful fountains and sculptures to cap off your day in the city. 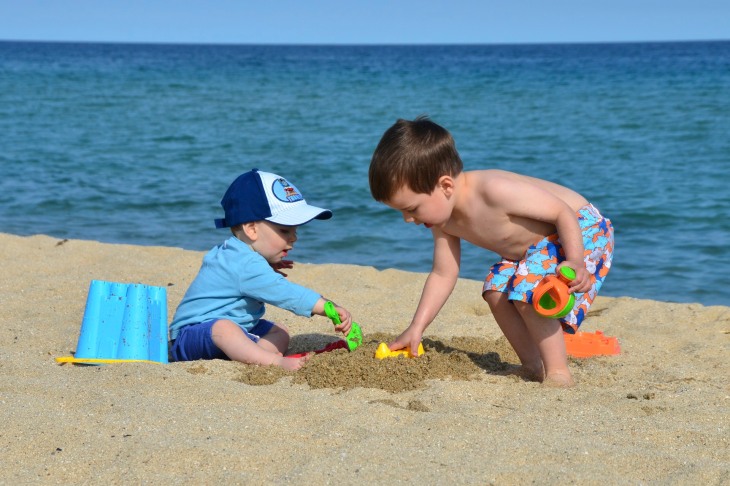 We really liked staying outside of the city near a beach. We didn’t visit the city beaches, but our rental was a five-minute walk from the beach in Cabrera del Mar. It was a great end to the day, letting the boys play in the sand and soaking up a bit of sun by the sea. You don’t want to miss a chance for that.

I wish I could report on a great restaurant to take the kids to, the best place for paella and sangria, but, well, I can’t. Our timing was disastrous for discovering this on our own, and we weren’t really acclimated to the Spanish dining schedule. We grabbed lunch on the go and aimed for dinner back at our house, partially for our sanity, partially to attempt to operate under some kind of a budget. (It didn’t always go so well.) Though let me be clear: this is far from a comprehensive look at all there is to do in Barcelona. 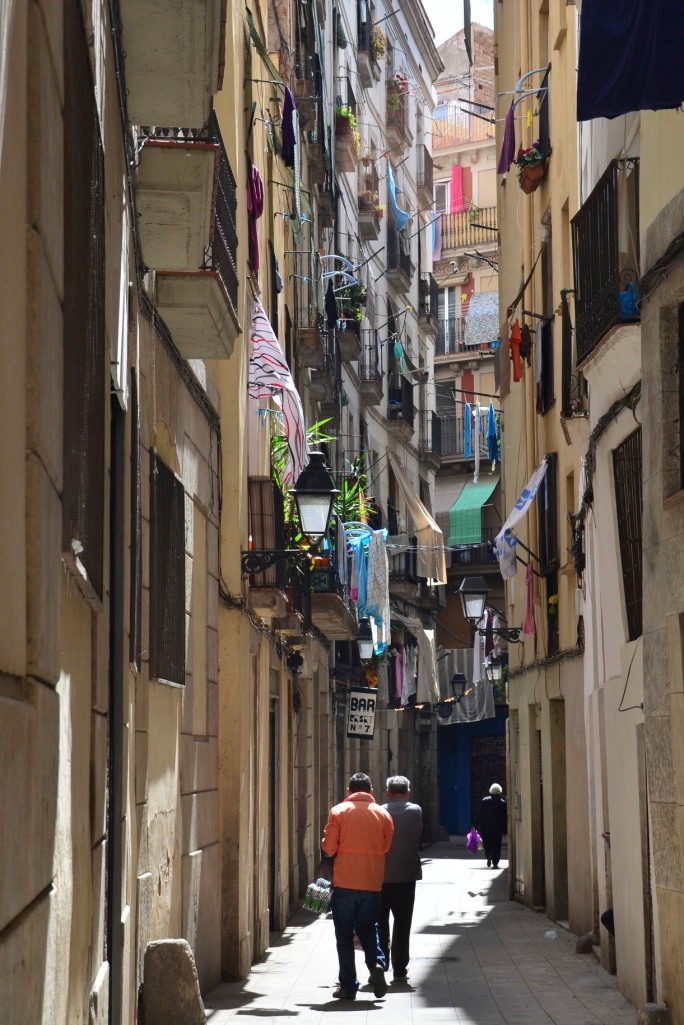 I was fortunate that my husband recognized how little of the city we’d actually get to see if we went in as a family, and that our rental had a play room and walled garden WITH TOYS!!. It was pretty easy to decide that I would go into Barcelona on my own one day to really soak it in. (More on that to come.) Mostly this post is meant for other parents who haven’t yet discovered that Rick Steves’ walks don’t give two seconds of thought to exploring with small children. It’s a lovely introduction to the city, and how I wish we would have planned it.

Have you been to Barcelona with children under 4? What did they love?

4 thoughts on “A Barcelona Walk With Tinies”

Where are the other LEGO fanatics?
Some wonderful and weird little scenes of nature.
An autumnal walk at Ickworth, directed by Albert.
Now the boys are asking to spend a whole week hunting for sea glass at #seaham. We had a great time discovering so many different kinds, especially with the help of a kind lady from Darbyshire who pointed out our rare finds. We found some multicolored pieces, some pirate glass, some safety glass, a marble or two & lots of others. Plus, for everyone with kids who find a way to bash rocks together at every single beach they visit, there’s that. 10 out of 10. Recommend!
We stood atop a cliff &: pointed out which direction to head for Norway, Sweden, Denmark, Germany & Holland; wondered if vikings had stood on the same land; speculated as to why so much of Great Britain’s shoreline is cliffs. Then we went down to the base of the cliffs where the sea rattled stones together, a primordial sound that Walden said sounded like the creation of a stone golem in middle Earth.
Loading Comments...
%d bloggers like this: