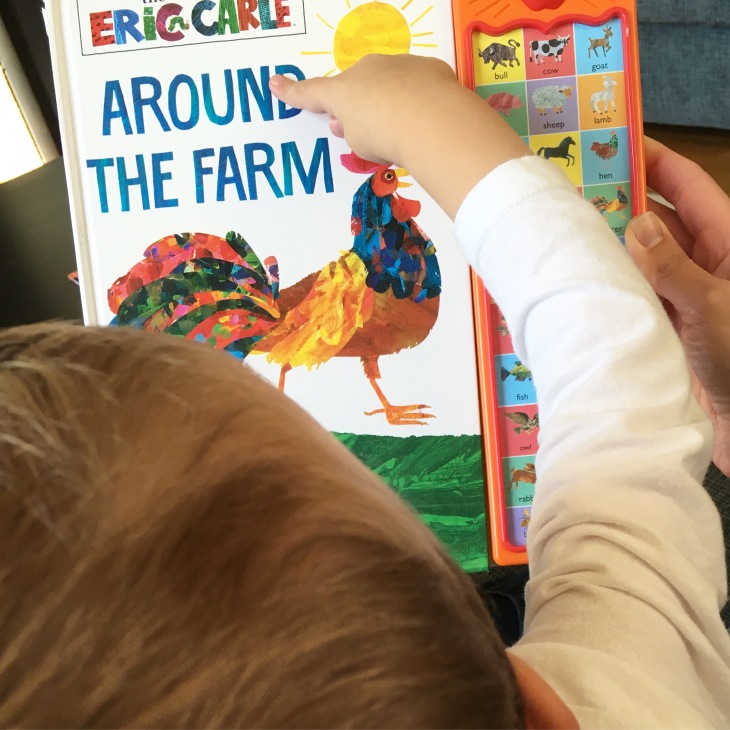 We’ve passed the halfway point of our time in Italy. The youngest–who asks me to call him the Piccolino, or the very little one–has spent 13 months in Italian preschool. Being the little brother of one of the world’s most articulate and conversant preschoolers meant he developed his language in a big shadow, often talked over when he tried to practice. Basically, he wasn’t even really speaking English all that well when he was immersed in an all-Italian environment. Since then his vocabulary and confidence has blossomed.

We had a rough start to winter break, though. Perhaps it was just him feeling poorly from some preschool bug, but the child (nearly 4) would point and grunt and whine when he wanted something. It drove us batty. We would respond by calmly (sometimes) explaining that we can’t understand what he needs when he doesn’t use his words. This usually resulted to him storming off and screaming in another room.

But then a funny thing happened. It worked. He started using his words. More surprisingly, he developed a vocabulary for his frustrations…in Italian. “Che schifo!” he would scream as I’d try to guide him through a pile of leaves on a hike. That means Yucky, his brother explained. “É mio!” often accompanied clutching or reaching for a toy–it’s mine. “GUARDA!” he would shriek at me while I was talking to his brother. Look! Or when his brother hurt him and he wanted comfort, he’d sob, “latte,” because he wanted a drink of milk.

Even better, he professes “Che bello” when he finds something soothing or lovely.

I find this amazing. I also think it will be confusing for his grandparents and an American kindergarten teacher at some point.

That he would learn Italian was just under “My Sanity” in the Pro column of sending him to preschool. It’s a unique opportunity that we wouldn’t have had with any other assignment. While I expected my children to learn to speak Italian, it never occurred to me that Italian might become embedded into either of their identities. But here we are, with a son whose preschool equivalent of cursing comes out in Italian.

Since we arrived I’ve met several bi- and trilingual families. I’ve witnessed the magic of young children processing multiple languages at the playground, within families. They develop unique accents, with L’s and R’s mixed, exaggerated and trilled to match what they hear at school or at home. It’s remarkable, really, that they know multiple words for the same objects and actions and can determine which ones work together for a specific audience. That their little brains are making it all work while I struggle over workbooks and audio lessons.

I’m curious to see how long this sticks. You hear about how passionate Italians are… perhaps expressing his biggest feelings in their language will make the language harder to lose. For now, it’s clear he’s officially a third culture kid, and I can’t help but marvel at who he’s becoming.

💕 Family & friends like family 💕
Yesterday my dad got called out of a big meeting for an “emergency” maintenance issue…only to be surprised by a retirement party with a few surprise guests. He thought his Chicago dog party was next week, and he had NO idea I or my sister & her family were in town. The joy radiating from him was the best thing. And the Chicago dog he taught me to make (no ketchup!) was pretty good, too.
Today we gathered with residents of our town to hear the reading of the royal proclamation of King Charles III’s accession to the throne. That very few in the crowd had attended the last such reading in 1952 made the occasion all the more special. There was the reading of the announcement, the singing of “God Save the King,” the prayers & blessings, and three cheers for King Charles III.
The kids were super annoying in the backseat today so I forced them on a nature walk and they had to wait for me to take alllll the pictures.
We had ourselves a proper beach day at Southwold Sunday to escape the 90-degree temps here in Bury. The iconic beach huts, pier & lighthouse make it feel like a place we’re all meant to be, and the long sandy beach has room for everyone.
Loading Comments...
%d bloggers like this: